Our legal and NJ related resources 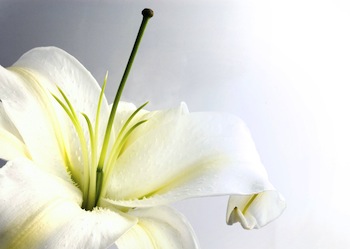 A wrongful death is a claim made by the survivors of an individual whose death was caused by the negligent, careless, reckless or intentional conduct of another person or entity who owed a duty of reasonable care toward the decedent.

Any type of accident or tort can cause a fatality. Some of the accidents that can lead to a wrongful death include:

Prolonged exposure over many years to toxic substances or the failure of a product to perform as advertised or expected can lead to medical conditions that substantially contribute to a person’s demise.

Like any other personal injury claim, you must prove the underlying elements of the cause of action being alleged.

Who can Bring a Wrongful Death Claim?

In New Jersey, only those who are immediate family members may bring a wrongful death claim. This includes spouses, parents, children and adopted children. For minor children, the court appoints a legal guardian to represent the interests of the children.

The law imposes a limit on when you can bring a claim or file a lawsuit. If the time was unlimited, it would create difficulties in proving liability since memories fade, witnesses eventually pass away and other evidence becomes scarce or disappears. In New Jersey, you have 2 years to file a wrongful death lawsuit or you will likely be forever barred from suing that defendant for your losses regarding a particular incident.

In medical negligence or malpractice cases, adults must file a wrongful death within 2 years of the date of the act that led to the injury or when the injury was, or should have been, discovered. For example, if you were experiencing complications following an implant of a medical device that became severe 2 years after the operation, you could probably bring a claim since you could not have discovered the injury until your symptoms appeared.

For minors, or those under 18, who suffered an injury at birth, they have 2 years past their 18th birthday to bring a claim but if the child was born after July 2004, the time for bringing a claim for a birth injury expires on the child’s 13th birthday.

For all other wrongful death claims, minors must bring their claim within 2 years of their 18th birthday.

For a wrongful death claim against the state of New Jersey or any of its municipalities or political subdivisions, you have to bring a notice of claim to the entity or public agency within 90 days of the accident or occurrence that led to the fatality. Once your notice is filed, you have 6 months to file a lawsuit.

The heirs or survivors of a decedent are entitled to certain damages once they prove that the responsible party or parties were the legal cause of the decedent’s death. Families, including spouses and minor children and parents in many cases, may claim for damages stemming from loss of financial support, funeral costs, medical bills, loss of certain services and for their non-economic loss. These include the following:

If the decedent managed to survive following the incident or injuries, the survivors may not collect compensation for the decedent’s pain and suffering, but New Jersey law does allow them to file a separate claim under the state’s survival statute so that pain and suffering damages are payable to the victim’s estate, which mainly accrues to the benefit of the survivors or heirs.

Other compensation that may be paid to the estate under the survival statute include any damages that would have been available to the victim had he or she survived with an injury caused by the incident or accident until the time of death. These include compensation for lost earning capacity, disfigurement or permanent disabilities.

Under this law, though, any compensation recovered by the estate may be claimed by the victim’s creditors.

It is essential to seek legal advice and representation in a wrongful death action. There are often damages to which you may be entitled that you are not aware of as well as other issues regarding liability.  An experienced and knowledgeable personal injury attorney can help you with obtaining solid supporting evidence so that you and any other heirs can realize the compensation they deserve.

If you need any further information, guidance with any related matter or require the services of an Wrongful Death attorney in New Jersey please do not hesitate to contact us.